Our first stop was Kaifeng. Kaifeng was one of the imperial capitals of ancient China. We stayed at the Ancient Youth Hostel of Kaifeng. Our expectations were low, so we were pleasantly surprised, especially by the customer service. The front area had wifi, breakfast options, and Chinese games. We expected crowds of people, but luckily (or maybe because we started every day at 6:30am), we managed to avoid the worst of it. 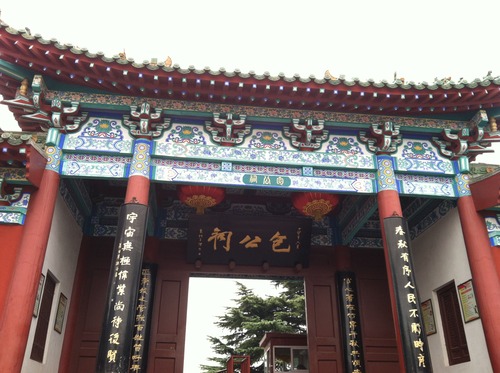 On our first day, we visited 包公寺, or Lord Bao’s Temple. Lord Bao was a judge from ancient China, famous for his impartiality, his dark skin, and the crescent moon on his forehead. His temple was like a whimsical garden, full of stone creatures and rocky outcroppings. Indoors, there was a gift shop, wax figures depicting a scene from his courtroom, and the obligatory place to burn incense. We were told to ask Lord Bao for guidance and protection, then paid 10RMB to burn golden paper nuggets that crinkled into ashes within the furnace. 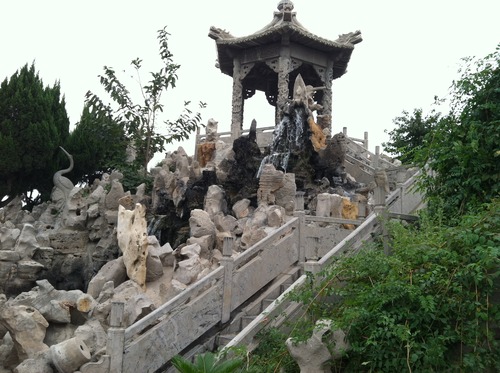 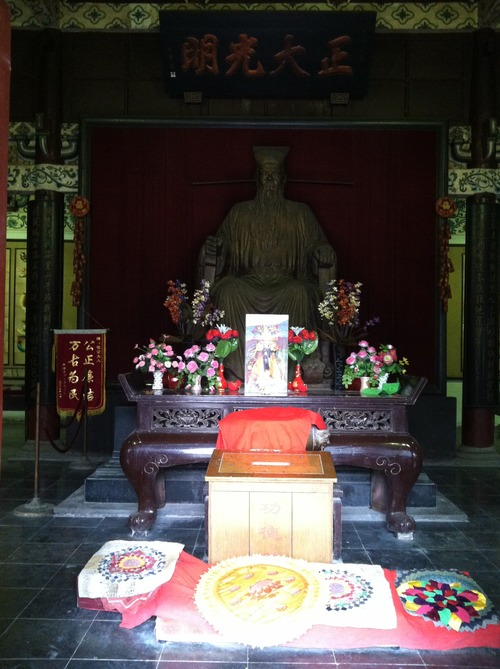 We also visited the night market. It was just a series of outdoor stalls lining the sidewalk of one street, but I tried so many foods I’d never had before. There were thousands of skewers, ingredients for hot pots, super cheap fruits, a sort of frozen yoghurt made from scraping bits of frozen milk and fruit, rounds of bread the size of dinner plates, jellied rice cakes with rose jam, cold pickled strips of vegetables tucked into circles of bread, and many more I can’t quite describe. Everything was delicious, and no item cost more than 10RMB. 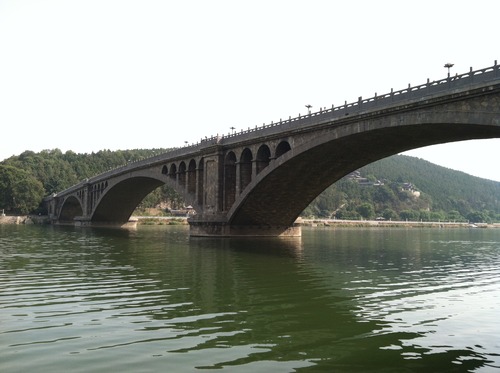 Our second day was a day trip to Luoyang. Luoyang was the place that we really began to feel like foreigners. Two members of our group of friends were Jadayah, who is African American, and Alta, whose ancestors were immigrants from Italy. The other tourists were so intrigued by my friends. I guess they’d never seen anyone so dark or so pale before. Every five steps, we were stopped by requests for pictures. Some Chinese people whispered loudly or snapped pictures without asking for permission, but others walked up to us and shyly gestured for a photo. No one, aside from the very young, seemed scared. They were all curious. Constantly getting stopped and stared at would have been extremely annoying, but Jadayah and Alta took it all in stride. They seemed to have time to give everyone a picture. I know I wouldn’t have been that patient. At times it felt like we were some sort of tourist attraction; we joked that we were traveling with celebrities. 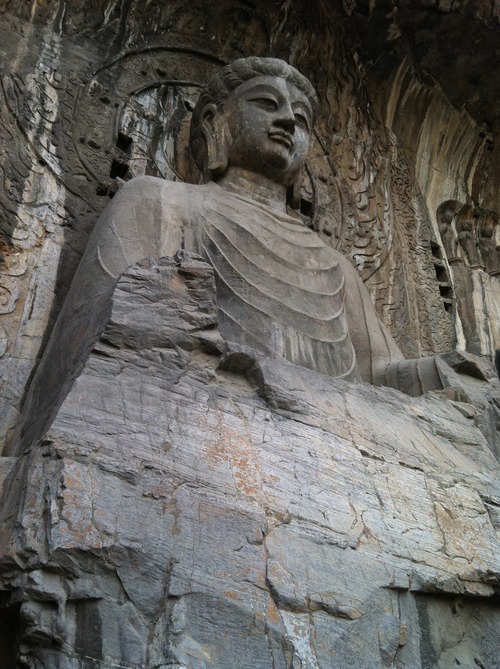 Luoyang is famous for peonies and grottos filled with carvings of buddhas. It is amazing how big some of the figures were, and just how much of the rock face was carved. Unfortunately, many buddhas were desecrated or missing heads. Apparently, during several dynasties, Buddhism was no longer the main religion and was seen as a threat to the new ruler. To discourage the local people and dissociate them from their heritage, soldiers were sent to destroy the buddhas. But some were so big, and there were just so many, that a lot of them are still intact. 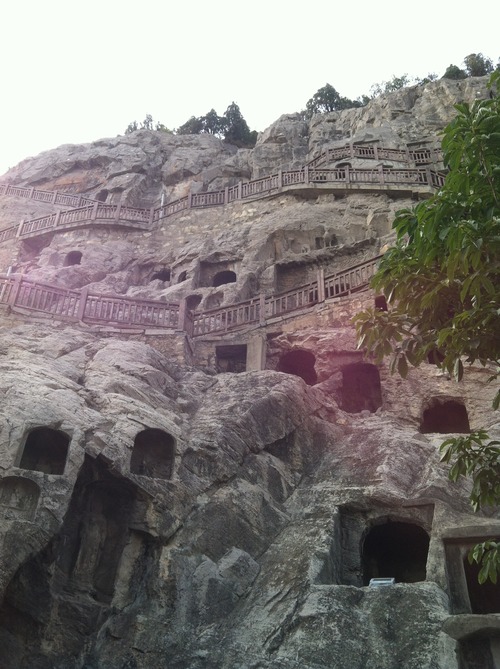 If you plan to visit the grottos, keep in mind that you are required to travel counterclockwise. If you visit the sites out of order, you can’t go back and see something you’ve missed. We took the ferry to the opposite shore, skipping the temple and one of the grottos. The view from the ferry was nice, but it took over an hour of negotiation and explanations before they made an exception for us and dropped us off at the temple. 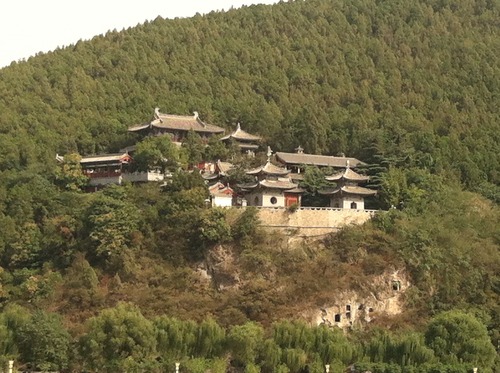 The temple was definitely worth the long hour of negotiating. It perches on the side of a mountain, so you can see it from across the river. It also includes the home of Chiang Kai Shek and his wife, Song Mei Ling. Visiting the cemeteries (the stop after the temple) is also a worthwhile experience, even if it doe

sn’t look like any bodies were buried there. It seems to be more of a memorial site. The tombstones are intricate, and the whole place gives the feeling of a natural park. 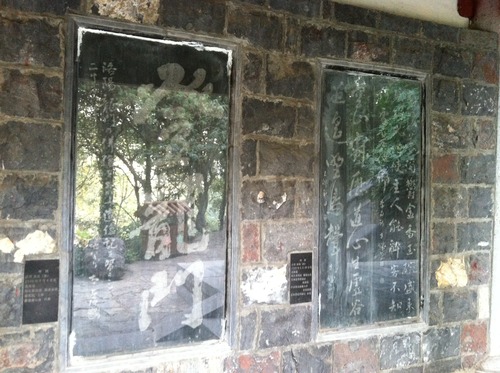 Although you’re tired from your long trek, you have to go through a small market before you can leave. There is a long row of vendors, selling everything from giant painted fans to candied peony petals. My friends and I picked up several souvenirs there, and then headed back to our hostel in Kaifeng. 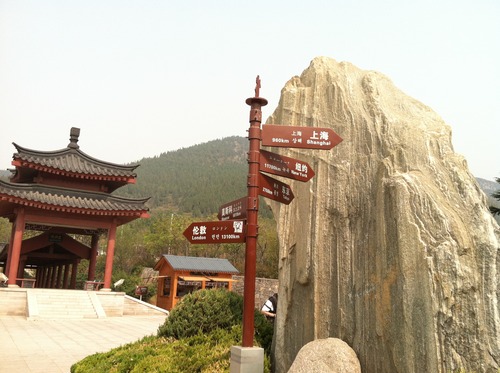 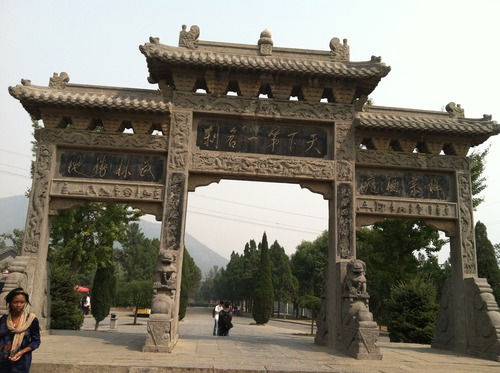 The next day, we went to Deng Feng for the Shaolin Temple, home of one of the oldest martial arts in the world. It’s a long walk to the temple and the forest of pagodas, and an even longer walk in the mountains. But the heroes in the movies had to go through years of menial labor before learning the actual technique, so it makes sense that we had to walk for so long before getting to see each amazing sight. I got my name incorporated into a poem composed by one of the Shaolin monks on the side of the mountain, but it would also make for an awesome souvenir. We ended our visit to the temple with a fantastic performance by the Shaolin monks-in-training. 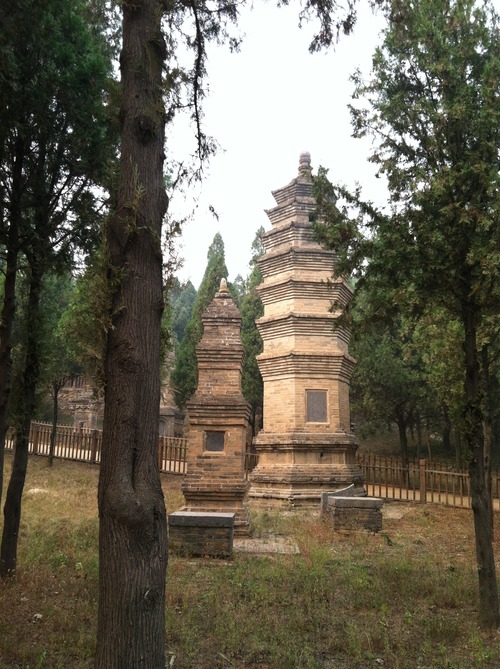 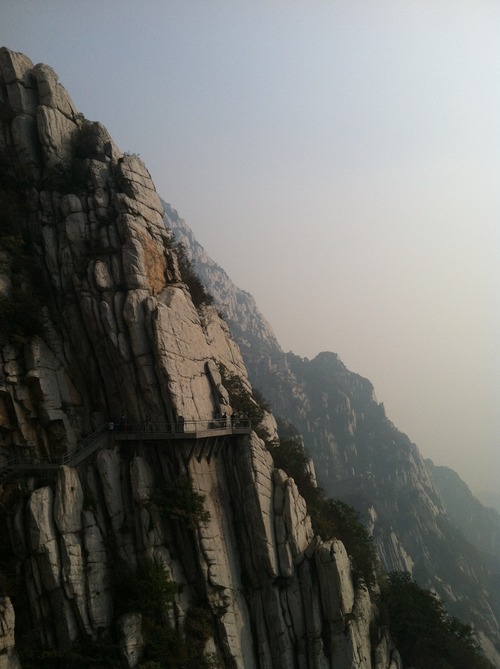 Unfortunately, that wasn’t the end of our adventure just yet. Our bus didn’t have space for us despite the tickets we bought earlier, so we didn’t make it to the Zheng Zhou train station in time to get train tickets back to Kaifeng. Instead, with the help of a tourist we met on the way to the Shaolin temple, we spent another two hours negotiating with local drivers by the train station for a ride back to our hostel. The typical price should be 180RMB for one ride (split among the passengers), but this was a national holiday, and they knew we were desperate. They offered 300RMB. We walked away, considering the merits of singing at a KTV overnight and trying for another train in the morning. There was a possibility that we’d miss our train to Xi’an, so we were reluctant to leave too late. But they countered with another offer, and we finally negotiated the price down to 210RMB. We were so relieved to get back to our hostel. 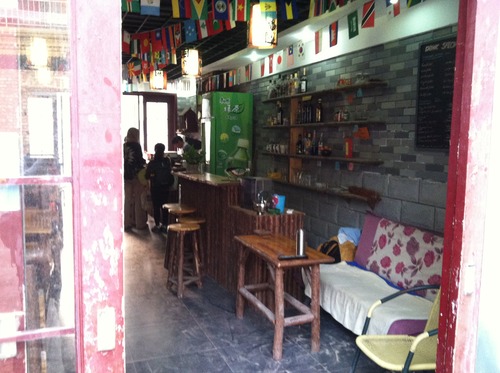 This is the kind of experience that people bond over. It turns out that the lady who helped us negotiate the car price used to train at the Shaolin Temple as a teenager, and taught us a few moves. She also visited us a few days later in Shanghai with pomegranates.

Kathleen Yam is our EF Student Ambassador. Check out her travel blog here.